Måns & Wiberg will write a book !

While Måns and Wiberg are shooting the last episode of the second season for Chevaleresk  in Champagne, France, bokfabriken, a swedish publishing house, just announced that Måns and Alex Wiberg are starting a new project with them. The book will be related to the tv show Chevaleresk and will be about how to be a « modern gentleman ».

« Both Wiberg and I like writing and we both knew, even though we have a packed schedule, including the final stage of the recording, what the new season of the Chevaleresk television program meant that time felt quite right. The ambition of the entire Chevaleresk has been to portray the modern gentleman in a delightful way and to present some of the excellence of life » says Måns Zelmerlöw.

« Wiberg is so terribly pretentious sometimes and his style may not appeal to everyone. My style feels more realistic so I think the gems can really read this book. And how Wiberg can motivate to contribute to our chapter on training and healthy lifestyle, I have no idea, haha » says Måns Zelmerlöw.

The book will offer tips along the way around how to think about the colors and shapes of the closet – and what style mines to avoid. Basgarderoben is also presented where the duo obviously thinks differently:

« My words are finally valid when we are disagreeed. It will be more height then. In fact, I think we will allow us to be equal in the book sometimes as in reality. There are lots of stories that I can draw about Måns that really would please our readers. I think I bring some! » concludes Alexander Wiberg. 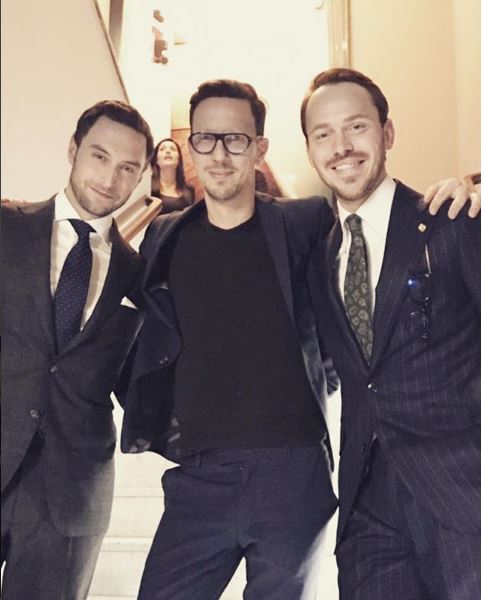 The book, called Chevaleresk – The modern gentleman (Chevaleresk – Den moderna gentlemannen in the original version) will be presented during the Book Fair in Göteborg in September.

« Bienvenue » in France to all the Chevaleresk Team

Chevaleresk season 2 on set – here we...

Chevaleresk in Italy to shoot with partner Lavazza