« All program leaders who made the program easily enter the Skansen scene. Anders Lundin, Petra Marklund, Lasse Berghagen and Måns Zelmerlöw received big applause. Several in the audience became very emotional of the surprise. In the picture, several appeared in the audience in tears. Bosse Larsson, who passed away in 2015, was hailed by two big signs behind the program leaders. After the great surprise, Anders Lundin, former program director, continued singing. » Expressen. read more here and here.

As a reminder,  Måns hosted the famous swedish show between 2011 and 2013 and he really was appreciated for his sense of humour and his performances both as an artist and a tv host. 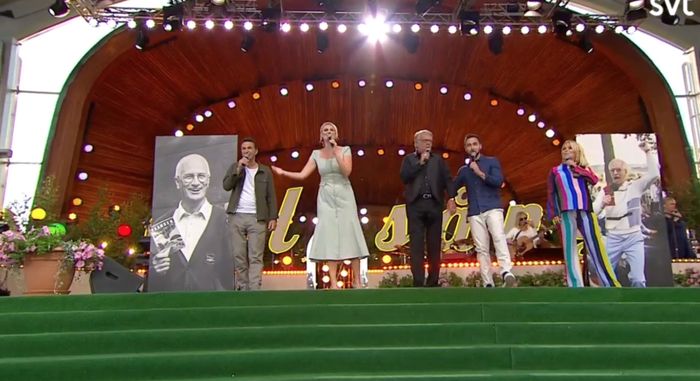 Måns’ trip to Bolivia for the Unicef Gala

‘On My Way’ on Efter Fem