Swedish Eurovision 2015 winner Måns Zelmerlöw is set to take to the Brighton Dome stage on 7th February alongside Mel Giedroyc to host the prestigious BBC Eurovision: You Decide competition to find out who will represent the UK at this year’s final. Already having an established music career Måns will this year be working towards releasing his eighth studio album. After a day of filming in Brighton, we chatted to Måns about You Decide, his long-spanning music career and his own charity ZB Foundation.

What was it like winning the Eurovision Song Contest in 2015?

It was amazing, it was probably the best night of my life. I had participated in Swedish Melodifestivalen two times before and placed third and fourth then, but with Heroes I won, I then got to go to Eurovision. In Sweden, Melodifestivalen is a big thing, the selection show is even bigger than the actual Eurovision. I’ve always wanted to become an athlete, so Eurovision’s probably as close as I can get to that within music. When I won, that was so incredible, it changed my life completely, I’ve gone on to do a couple of European tours, I’ve been touring since and so many dreams have come true.

What’s the experience like representing your country and would you consider entering again?

I probably would at some point, but you have to win Melodifestivalen, you have to go through quite a lot, and of course it would be difficult to go back there having won it, and because then I would have quite a lot of pressure to win it again. I love Melodifestivalen, I love Eurovision, so I’m definitely going to try to stay in it somehow forever.

How did you get involved with hosting Eurovision: You Decide?

I was in Kiev for Eurovision last year, my friend, who I was commentating for Swedish television with, went over to the English producer and I asked my friend to just tell him that I would be interested in hosting it, and we spoke. A couple of months later I sent a text wondering if it would happen, and he was like yeah definitely, let’s meet.

How do you feel about it being held at the venue ABBA won Eurovision for Sweden in?

Obviously that’s special, but for me I wasn’t born in ’74, haha, so I don’t have that many memories from that time, but of course it’s special. The whole part about Sweden being so mesmerised by Eurovision and Melodifestivalen is because ABBA won in ’74, so it’s going to be special. I’m guessing there is going to be quite a few ABBA references in the show as well.

Will you be performing during the show?

I don’t actually know yet, we’ve just started working with it, but somehow I’m definitely going to sing!

Have you met the contestants?

I actually met all of them the day before yesterday and they’re a really nice bunch of people. I’ve heard the songs, they are great, it feels like we have a really good show this year.

What advice would you give the winner before the live Eurovision final?

To enjoy it. My problem during rehearsals was that I felt so much pressure, having the weight of my country on my shoulders I forgot to enjoy the moment and forgot to have fun on stage. I think you need to remember that you want the viewer to see in your eyes how much you actually love being there, and how much you want it. 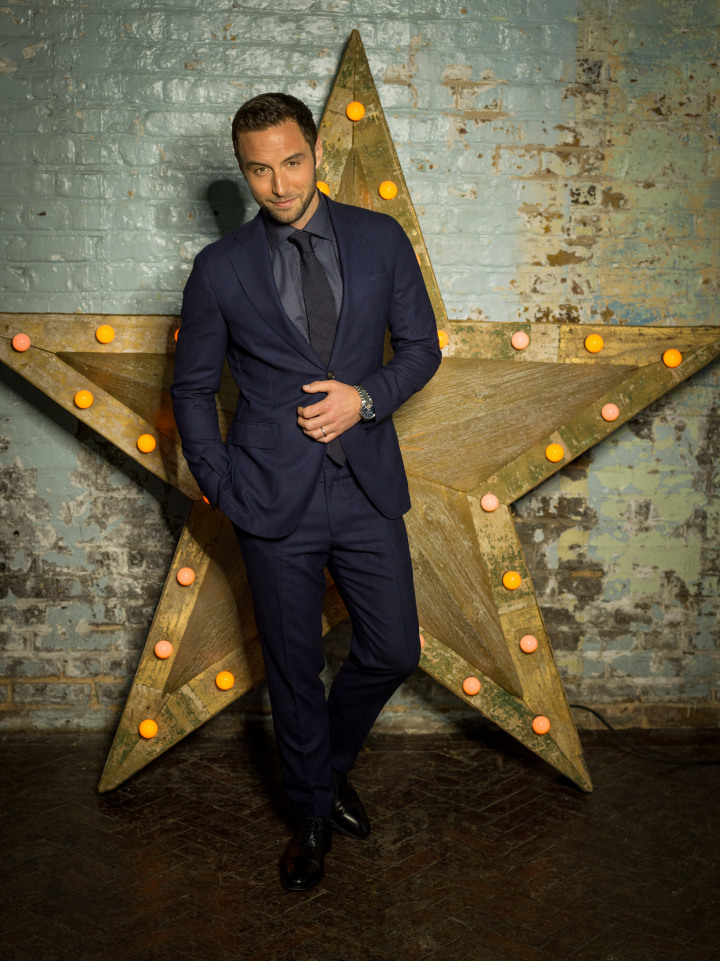 Is this your first visit to Brighton and have you had time to explore?

It is my first visit to Brighton and we’ve had a lovely day. I really like it and apparently the weather is always like this here so I’m definitely coming back haha! We have had time to explore and yes we’ve probably done all of the touristy stuff, been to the pier, been to the Royal Pavilion, been to the Dome and been on the nudist beach hahaha, it was a bit too cold to take our shirts off haha!

What age did you get into music?

My parents forced me to take piano lessons which I hated when I was eight. At ten my best friend started playing the guitar and I went along to one of his lessons and fell in love with the guitar, since then I took up piano as well.

Do you have plans to release any music this year?

I’m releasing the last single from my last album this month, I’m actually going to Sweden tomorrow to shoot the video for it. Then I’m just writing the next album which I don’t think will be released until next year.

Where do you get inspiration from for the songs you write?

In everything that happens around me and my feelings. I’ve realised I’m a lot better at writing sad songs, I think that’s why I’ve been having trouble writing for the last six months, I think I’ve been too happy, so I need to go down into darkness for a while!

What do you enjoy most about touring with your music?

Just being on a bus with my band, we’ve played together for nine years and I consider them my best friends. It’s like a family on tour, waking up in a new city every morning, I go for a run with them, play football with them. Then in the evening, meeting a new audience who’s actually listened to my music and know the lyrics, and to who my lyrics mean something, that’s incredible.

Can you tell us about your charity ZB Foundation?

I started it five years ago and we now finance and run one school in Kenya, building one in Ethiopia, building one in Uganda. We have three schools in South Africa and we mostly have kids who cannot afford to go to school normally. We also build wells and going to start a women’s clinic in Nairobi as well. It’s been an amazing couple of years and hopefully we get to keep on building and keep on changing lives. 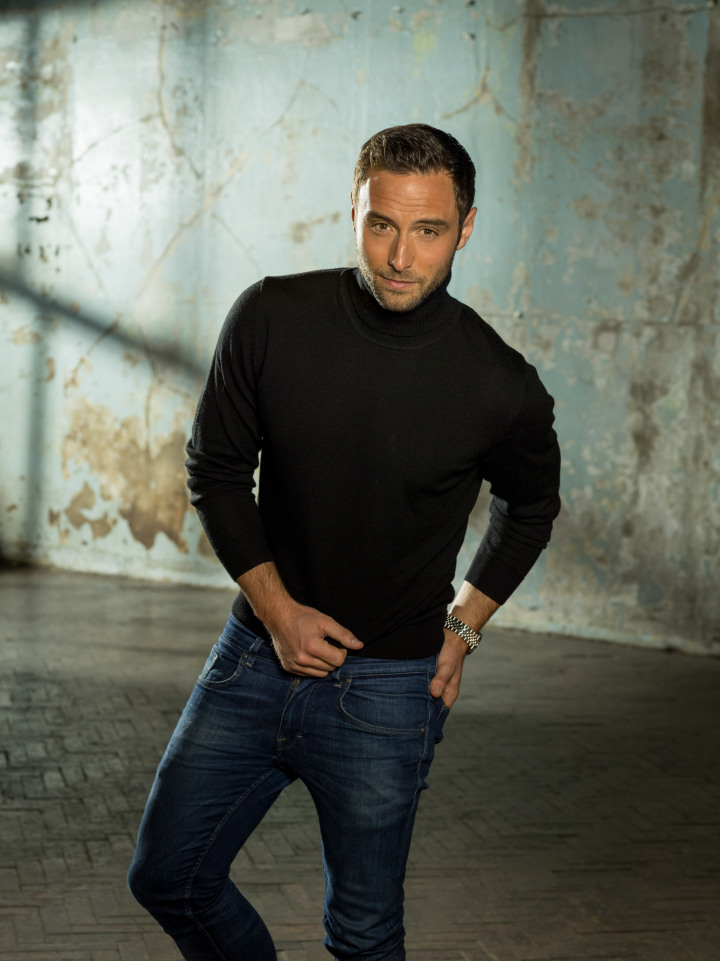 What would you say you enjoy most about being in the UK?

I’ve lived here now for a year and I absolutely love it. I think it’s the people, they are very open, very nice and happy, when I speak to my fiancée about that she doesn’t understand! I love the whole pub tradition, with people that are using the pub as a living room, just chatting to whoever comes in. I love the humour, sarcasm and I really intend to stay here for quite a while.

Hosting You Decide, writing my album, having a child in June, moving to a new house and that’s about it. 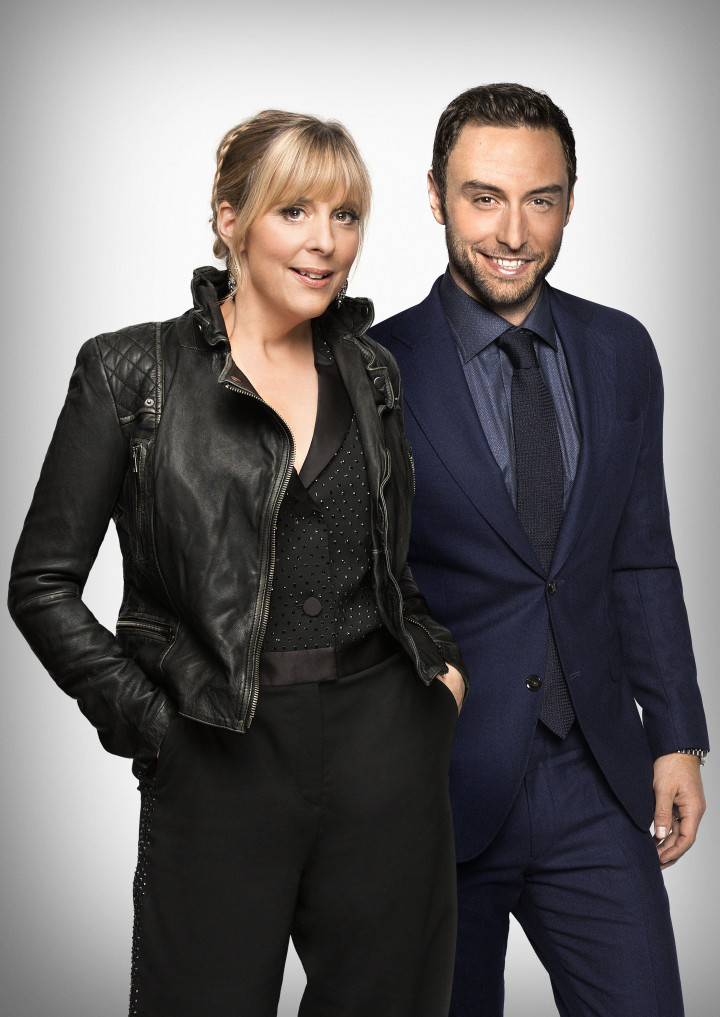 Eurovision: You Decide will be aired on February 7 on BBC2 in the UK. Until then, discover the 6 songs competing to be the UK entry for Eurovision 2018 in Lisbon here. Måns will co-host the show together with Mel Giedroyc.

Welcome home – so swedish, we love it!